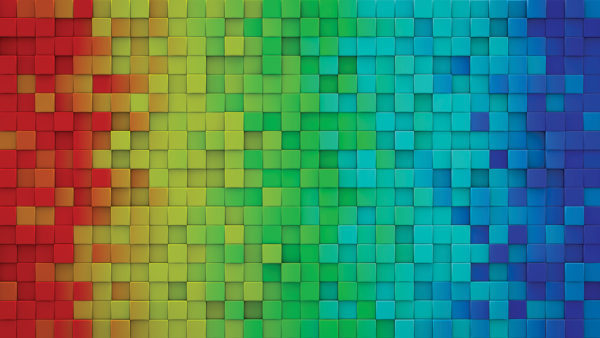 How does a print firm differentiate itself in today’s market? If winning a job comes down to price and price only, with little or no regard for quality or efficiency, how can companies ensure their voice is heard above the din? One way is through continued investment in new technology. McGowans has never shied away from the latest print tech; in 2017, the firm installed an EFI Nozomi C18000, the world’s first commercial single pass large format printer, at its facility in Ballymun. The 1.8m-wide press can print up to 246 linear feet per minute, producing up to 77,758 sq ft per hour. At 40m long, it’s not a printer you’ll find anywhere else in Ireland, although some of the leading players in the industry have followed suit and invested in the machine, says Dave Fogarty, Marketing Manager at McGowans. “Delta has installed a Nozomi in the UK and Smurfit has also installed one in Portugal. Larger companies felt obliged to follow a company like ourselves so we took that as a marker to say that what we were doing was correct. You have to continually adapt to survive in today’s market and if you don’t, you won’t.” 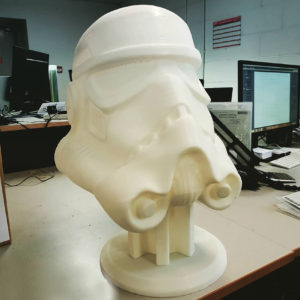 Since investing in the Nozomi, McGowans hasn’t rested on its laurels. Since first seeing the Massivit 3D Printer at drupa a few years ago, the 3D printing space has been on the company’s wants list. “Mal saw the machine and knew it would be an asset to the company and its existing offerings. Having investigated similar machines he found none that matched the Massivit for size, speed or quality,” said Dave. McGowans took delivery of the 1800 model in August 2018 and straight away set about exploring the myriad of ways in which the machine could improve upon and add value to the company’s existing services and products. “Mal knew that 3D printing could provide the wow factor that every brand manager, marketing executive and graphic designer wants for their company or product. 3D printing could provide the elusive differentiator that would set McGowans apart from every other print provider, particularly in the point of sale market.” However, he also recognised his own lack of experience in the area so Colin Doyle from Eclipse Media was brought on board to share his knowledge of large-scale 3D products. “He recognised the potential in the Massivit 1800 and together he and Mal set up a new company to bring the machine and its capabilities to the Irish market. Eclipse 3D was formed the day the Massivit began printing in McGowans' northside facility.”

Colin knew that wide format, digital 3D format printing would be welcomed by brands and companies as it offers crowd stopping power and allows advertising campaigns to push past creative boundaries. He believes that existing customers will also want to employ 3D printing in their point of sale products in an effort to separate themselves from their competitors. Eclipse 3D introduced themselves to the market at the recent 3D expo in Citywest Hotel in January of this year. The centrepiece of their stand was a life-size Hulk which attracted a huge number of visitors looking to get a selfie with the green giant. “The photo opportunity acted as a magnet for people at the show and naturally allowed Eclipse 3D to introduce new prospective clients to all the other parts of their business. Everyone is looking for new ways to attract consumers and the latest cool technologies never fail to achieve this ambition. The scale of the products the Massivit can produce have always drawn the crowds at industry trade shows and the same proved to be true in Citywest.” 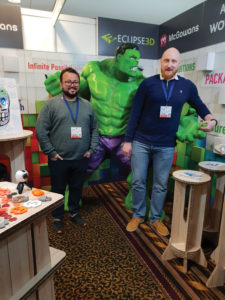 The versatility of the machine is another factor that makes it an excellent addition to a wide format print service provider. An example of this is the first commercial job that Eclipse 3D completed for Coca-Cola. “The brand wanted an attractive display to complement their Christmas point of sale so we introduced them to the possibilities offered by 3D printing teamed with Thermo forming. We first created a 3D model based on Coke’s famous Santa Claus image, then we created a 5 foot tall 3D printed mould. This was used to produce 20 plastic models which we then framed with cardboard and installed internal illumination to finish the job. Using the printer to create a mould allowed us to create as many copies as required at an economical and fast rate. Coca-Cola was delighted with the results and particularly impressed with the turnaround speed as it was a relatively late request, quite close to Christmas.”

Top brands are demanding 3D printing technology as a core part of their integrated global campaigns. It allows print firms to embrace entirely new creative realms and get ahead of the game, increase profit margins and draw in new business from a broader range of markets. In an industry currently defined by price, adopting 3D printing is a way of standing out from the crowd. “We’re literally racing to the bottom on price. There are some clients that will email three or four printers and ask them to pitch for the same job in front of each other. Unfortunately, that’s just the way it has gone. By investing in the Massivit 3D printer, we’re trying to offer that much-needed differentiator and give our clients added value. We also want to offer a service that no-one else is currently providing. With the Massivit, that’s exactly what we’re doing.”

Print brings ideas to life, tells stories, builds businesses, guides and inspires. For 25 years we’ve been the go-to digital printing company for Ireland’s businesses, mainly we guess, because in that 25 years, our passion and awe for what can be achieved through print has never diminished. First to market, not only in Ireland but in Europe, with the latest digital technologies, we now operate over twenty five digital printing presses, working over a vast number of substrates in large and small format, with production runs from one, to many thousand.
Contact us
By Jane M|2020-07-14T06:47:07-07:00March 22nd, 2019|Categories: News|Comments Off on IT’S ONLY MASSIV(IT)

About the Author: Jane M